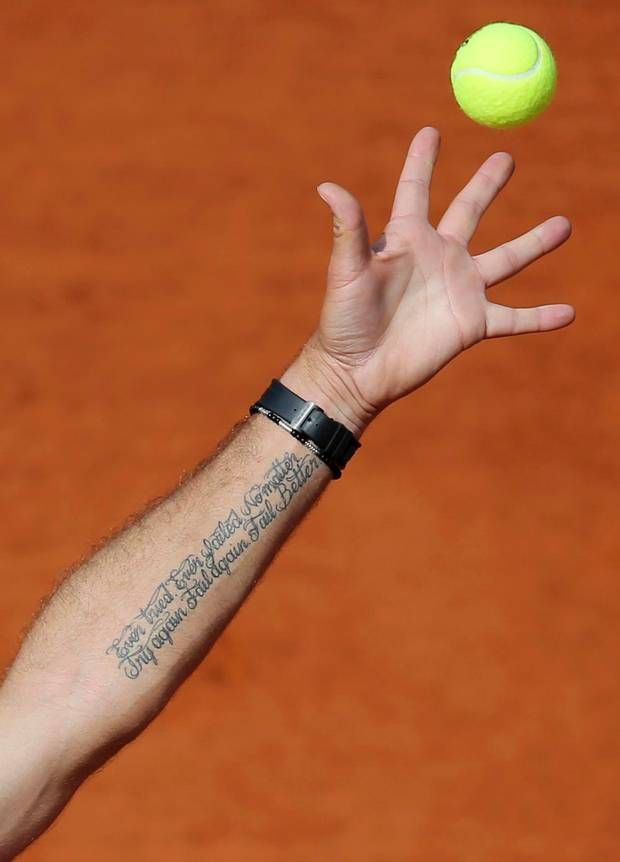 Stanislas Wawrinka, is a name in the sport of tennis often overshadowed by a man who is considered to be synonymous with the sport itself! Roger Federer, a fellow Swiss, needs no introduction. In fact, any introduction is but an understatement and the Sisyphean task of writing about Federer is like thinking of a new colour!
Yet, come 2014, Wawrinka found himself at the receiving end of a well-deserved breakthrough coupled with a newly found motivation which led to him obliterating the big names of the sport. He went on to win the Australian Open in 2014, the French Open in 2015 and the US Open in 2016. With this, he earned himself the nickname of Stanimal, which is pretty self-explanatory given the power of his groundstrokes and style of play!

Through all his victories and defeats, triumphs and disasters, this picture stuck with me. It is a quote by Samuel Beckett. I studied Beckett's nihilistic play "Waiting for Godot" during my time in BITS but never for once thought, nihilism can also give rise to inspiration!

Not to sound like a celebrity but I have been at the receiving end of an umpteen number of questions, fundamentally boiling down to a notion of utopia which most individuals aim to achieve. Asymmetry arises when a conventional satisfaction is based upon one's idea of utopia in comparison with someone else's idea of dystopia and vice versa! In other words, the grass is always greener on the other side, isn't it? This kind of thought can indeed be dangerous!

Ofcourse, the very definition of utopia loses meaning without the notion of dystopia. This notion of 'relative definitions' isn't new, yet, its meaning isn't ingrained in everyday life!

A year ago, I received a scholarship. In view of this article, let me just stick to saying that the scholarship did me a lot of good. Following this, I was interviewed by a journalist, who asked me a question, the response to which ought to reflect my state of mind back then :

Q: How do you feel being amongst the 13 in India to get this internship? What does it mean to you?

A: Frankly, hearing that I had been awarded this scholarship didn’t bring in the greatest of joys as such. What preceded this scholarship were a string of disappointments and rejections! What means more to me is knowing the things I did right and the amount I learnt in the process of finding this internship and then applying for the scholarship.

To give this more context, putting in a lot of work and things not falling into place is a common experience to a majority of us. The scary feeling sets in when no one (not even yourself) can tell you what it is you are doing wrong when things do not work out. As an example, while I know what I did right to secure the scholarship, to date I do not know what went wrong in all the previous applications which led to rejections without explanations. I have hunches for sure. An objective result determined by a subjective committee makes you realise the complexity of this web which you are unintentionally a part of. In other words, I for one, will never dismiss the major role 'luck' plays in life!

Agreed, it is quite a task to embrace the complexity of everyday life! A life with rules, boundaries, repercussions isn't the first choice for many and more importantly may not be a choice, to begin with! What follows is individuals falling into a societal definition of failure which certainly is not universal. Not enough is done/taught to acknowledge this as early as possible.

Failure is subjective, not objective! "Failing better" can be seen as a failure or as a success. For me, it certainly categorises as a success.

Rudyard Kipling's poem "If" speaks about the treatment of failures in a pragmatic manner.

"...If you can meet with Triumph and Disaster And treat those two impostors just the same..."

One needs to realise the role of failures. Such a realisation coupled with an embracing attitude is what a formal, conventional structure of education delays in teaching.

Sport, on the other hand, offers an immediate, binary result. Being a part of the world of sport since before I learnt to tie my shoelaces, I was taught and shown to fail in the right way. Most importantly I was taught to break any correlations between 'success/failures' and 'showing up the next day'. This in turn introduced an emotion of loving what you do without attesting a value to it.

Don't get me wrong here. A "Never Give Up" attitude can be different from a "No Excuses" attitude. These act as tangents to the realisation that you and I are a part of a flawed system, simply because we have a theoretical notion of what an unflawed system might look like.

Realise it. Embrace it. Treat it as a part of yourself! 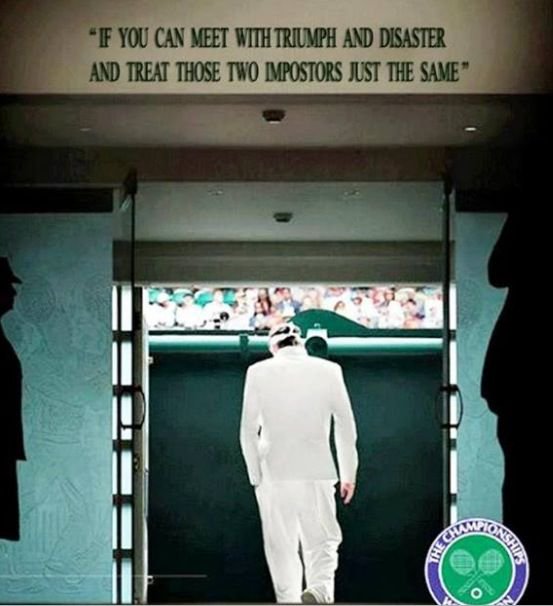